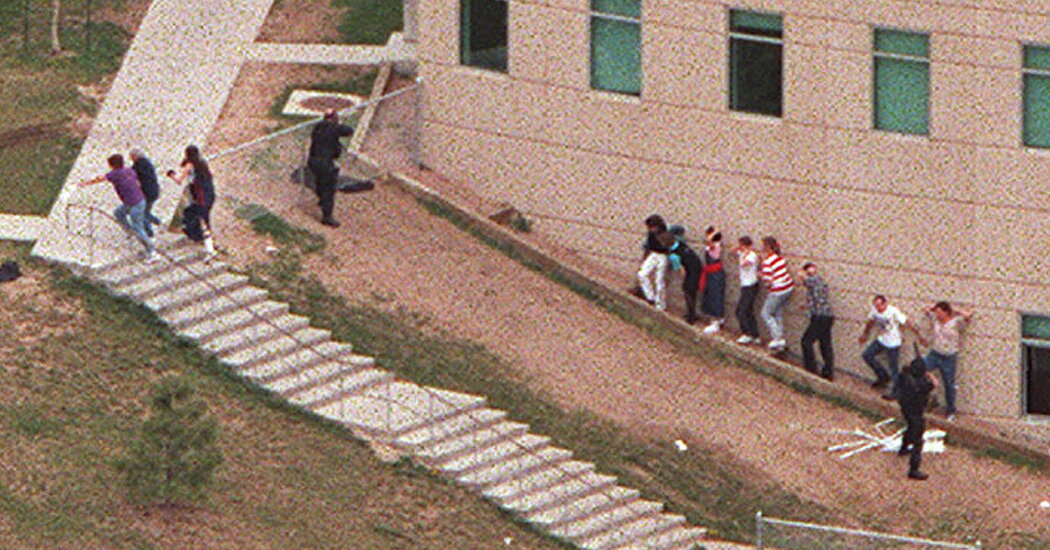 Police phrases that encourage the use of passive language, such as “shooting officers” and “firing a weapon”, appear regularly in news reports. The public safety term “protection in place”, which used to mean sealing oneself against nuclear radiation or chemical contamination, is now widely used to refer to mass shootings and, since last year, to the coronavirus pandemic.

A frightening term is multiplying

Nowadays, the sound of gunshots on social media is a common source of “active shooter” warnings, whether or not the event matches the FBI’s definition of the term. In many cases, reports from active shooters have been found to be false.

“I worry that we will overuse it and that it will be used at times when there is no active shooter,” said James Alan Fox, a criminologist at Northeastern University.

He added that the news media played a role in reinforcing these episodes, sometimes before the details became clear. “Because it’s such a catchy term, once it’s tweeted or rumored, there’s this huge rush to cover it live.”

Use of the term increased steadily in news reports after 1999, peaking around 2018, according to LexisNexis data. It appears to have decreased during last year’s pandemic when mass shootings in public places became rarer (but no other types of deadly violence).

Now reports of gun violence in public places leading to many deaths seem to be on the rise. On April 18, three people were killed and three others were hospitalized after a shooting in a bar in Somers, Wisconsin, near Kenosha. On April 15, a gunman killed eight people in a FedEx warehouse in Indianapolis. In March there were consecutive mass shootings at spas in the Atlanta area that killed eight people and four people were killed at a grocery store in Boulder, Colorado, where nine people died, followed by a shootout at a real estate office in Orange, California killed.

Tech Alice - August 14, 2021
0
Long standing as the leading fact-checking resource on the Internet, Snopes withdrew 60 articles after a BuzzFeed News investigation found the site's co-founder was...