Home Tech Airbnb posts a $3.9 billion loss in its first report as public... 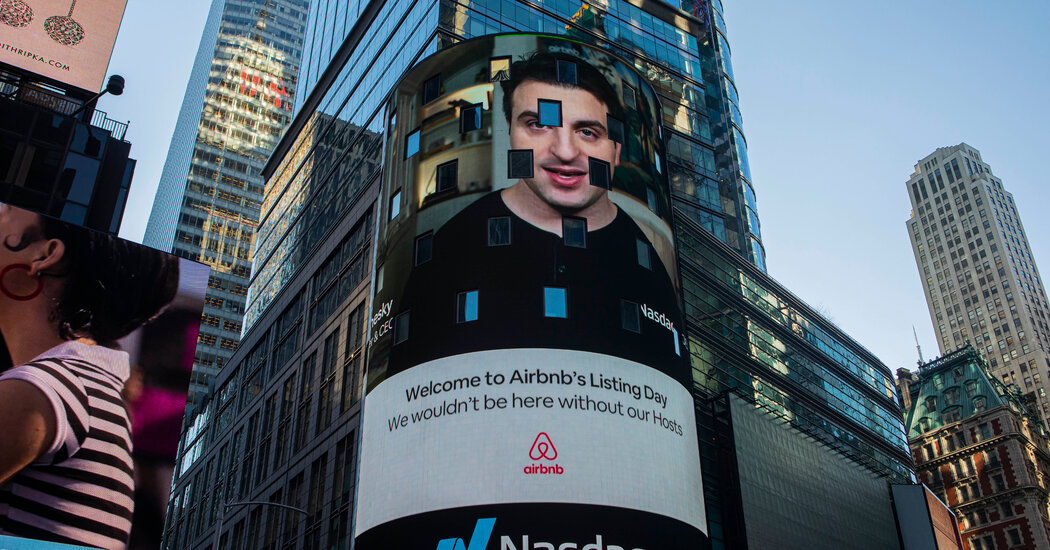 Airbnb, which has faced high expectations since it went public in December, posted a drop in revenue and a whopping $ 3.9 billion loss in its first earnings report as a publicly traded company on Thursday.

The company had sales of $ 859 million for the last three months of the year, a decrease of 22 percent year over year. The loss was caused by $ 2.8 billion in costs related to stock-based compensation related to the IPO and an adjustment to the accounting for an emergency loan of $ 827 million that was made last year to deal with the Pandemic was recorded.

Airbnb’s loss approaches the $ 5.2 billion loss Uber lost in its first full quarter as a public company, and again raises the question of whether unprofitable tech startups can make a profit. Although most money-losing tech companies say they spend money to fuel rapid growth, Airbnb’s declining revenue makes that argument difficult.

Airbnb presented its declining revenue as a token of resilience in a year when travel stalled due to the pandemic. Last spring, the company lost $ 1 billion in bookings, laid off employees, and raised emergency funding in response to lockdowns and other restrictions. Bookings had risen again by the summer, although this was not enough to make up for the drop in sales.

In December, the company went public and raised $ 3.5 billion, which is worth more than $ 100 billion. Since then, the valuation has soared to $ 120 billion on investor expectations that a quick introduction of vaccines would spark a new boom in travel.

Ron Josey, an analyst at JMP Securities, said Airbnb’s revenue was higher than expected. That showed that the company was ready to take advantage of when people travel again.

“Nobody knows how quickly demand will come back,” he said, but when it does, “Airbnb is a stock winner.”

But even if travel recovers this year, Airbnb faces challenges. The hosts who post their inventory in the form of property listings are becoming increasingly frustrated with the company and are trying to independently list their rentals. Problems with “party houses” have worsened with the pandemic and the company has put new rules in place. And regulators around the world continue to investigate the “Airbnb effect” of converting residential properties in residential areas into hotels.

Speaking to analysts, Airbnb’s CEO Brian Chesky said the company’s priority is preparing for a travel rebound, including through marketing, host recruiting and improving customer service.

“Travel is coming back,” he said. “We think people yearn for what has been taken from them.”

Reconsidering Outside Journey within the West, as Wildfires Burn

Outdoors Alice - August 6, 2021
0
Allison Keeney, a spokeswoman for Travel Oregon, the state's tourism board, said that "wildfires in a location outside a limited area often have no...

Outdoors Terri Mansoon - July 11, 2021
0
A Coded Wire Tag (CWT) is a small piece of stainless steel wire about 1 millimeter long. It is usually inserted into...

Uber and Lyft Ramp Up Efforts to Defend Enterprise Mannequin

Tech Alice - June 10, 2021
0
After California passed law in 2019 that effectively gave gig workers the legal status of employees, companies like Uber and Lyft spent around $...