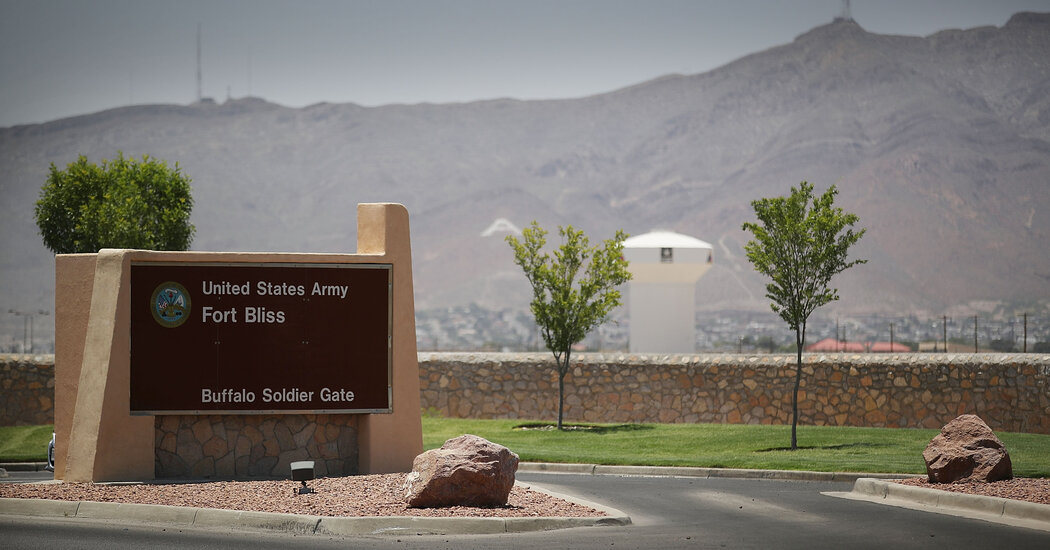 Eleven soldiers at Fort Bliss, Texas, remained in medical care a day after ingesting an “unknown substance” during field training, the army said on Friday. Two soldiers were in critical condition.

The soldiers fell ill after consuming something they bought “outside of authorized food distribution channels,” according to a statement from the First Armored Division and Fort Bliss Public Affairs Office.

“We took immediate action to provide the best possible medical care to all concerned,” said Maj. Gen. Sean C. Bernabe, the chief mission commander of First Armored Division and Fort Bliss, in the statement. “Our commitment to soldiers and families remains our number one priority as we work to understand what happened on January 28th.”

The army did not immediately respond to a request for comment on Friday. The incident did not pose a threat to the community, the First Armored Division said on Twitter.

Fort Bliss officials were working with police officers to investigate the incident, the statement said. The injured personnel, which included a warrant officer, two non-commissioned officers and eight soldiers, were cared for at the William Beaumont Army Medical Center in Texas.

The First Armored Division is also known as the “Old Ironsides” according to the Army’s website. The division consists of 17,000 trained soldiers and conducts operations in support of the US military’s geographic combatant commandos.

Fort Bliss had been hit by a spate of unfortunate incidents, including several deaths in the past few weeks. Earlier this year, months after a sexual assault was reported, a soldier was found dead in their barracks. Weeks later, a second soldier was found dead at home. Two other soldiers were killed in various road accidents this month.

Biden Orders Intelligence Inquiry Into Origins of the Coronavirus

Science Alice - May 27, 2021
0
The information about the three workers came from outside the US intelligence community's own collection, which means that its accuracy is more difficult to...